A board for users to display their created fiction. Creating a separate topic for comments is suggested.

Re: Agents of KAIJU-Trilogy(And Reboot)

Well after waiting for a bit I've decided. I will cancel the reboot and instead do a sequel to the original series with a Civil War style plot. Don't really have much worked out yet but here's what I do know.

-There will be two teams. Team Godzilla and Team Gamera.
-After the events of Agents of KAIJU, a new government official will arise and try to control the Agents.
-Team Godzilla will be against it wanting nothing to do with and waging war against humanity.
-Team Gamera will be for it attempting to protect humanity from Team Godzilla
-Clover has still not found any surviving members of his species.
-An Ultra enemy has forced Ultraman to return to Earth but he remains sturdily nuetral in all of this.
-Kong is on Team Godzilla, Clover is on Team Gamera.
-Jaegers are also on Team Gamera hunting down and trying to get Godzilla's team to agree to the act.
-New human characters include
>Ari Akina: Pilot of Gispy Danger 3.0
>Ned Harolds: Son of Relson Harold and in charge of Jaeger Program as well as the KAIJU Oversight Respone(that wants control over Kaiju)
>Max Yukai: Ultra-Man Belials human host.
-Other Kaiju include so far: Rodan, Anguirus, Manda, Gorosaurus, Titanosaurus, Zilla, Mothra, King Ceasar, UltraMan Belial(as a villian, slight changes made), Baragon, Minilla, Jet Jaguar, Garasharp(as a villain).
Last edited by ernesth100 on Wed May 02, 2018 7:43 am, edited 2 times in total.
Follow The #MoreMonsterVerse Twitter Movement! 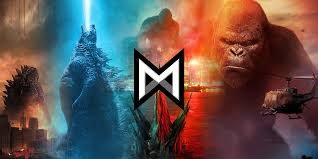 Jaegers and their Involvement

Given Godzilla is, or at least was in his slumber until awoken by certain events. He was not around after the event's of "Wars Revamped" to protect the Earth. Clover was still in the base waiting for the government to find his parents and resting after sustaining injuries after his last massive fight. Kong went back to Skull Island. Gamera was the only active monster protecting humanity. But he wasn't always enough. For example one day two strange monsters dubbed Massive Unidentified Terrestrial Organism's.
(I'm not gonna tell the full story)

But just kow in cases like this Gamera had help from the Jaegers. The Jaegers now work with Gamera as the new Agents of KAIJU. There are 3 new Jaegers in addition to the Gypsy Danger 3.0, Ruby Phantom, Valiant Sentinel, and Brutus Edge. Each with special abilities that make them unique. When the events of Great Divide comes along they side with Gamera against Godzilla and his team. Read the full story and find out more when the Great Divide premieres soon.
Follow The #MoreMonsterVerse Twitter Movement!

The Civil War based series is done. But future installments will come in episodic format. The series that follows these events will deal with all new members proving there place on the Agents. Now since there are so many monsters they will be split into seperate squadrons for specific enemies. I'm thinking about having Godzilla and Gamera both lead seperate teams.

Future threats will be new MUTO's, Old Monsters Returning and All New Original Monsters. There also be the obvious within team turmoil to overcome. The new series will debut next month,
Follow The #MoreMonsterVerse Twitter Movement!

Finessed the installments a little more. Feel free to catch up before the two part Kong v Godzilla spin-off. I also plan on crossing this over with another series I have in the works called Kaijero. Read up, I'd love some feedback before the next parts.
Follow The #MoreMonsterVerse Twitter Movement!

We Can Make A Difference! Fans Have A Voice!
Top
Post Reply
86 posts