For the discussion of non-Toho monster media, tokusatsu franchises, and also for mixed discussion of Toho and non-Toho kaiju media.
Post Reply
203 posts 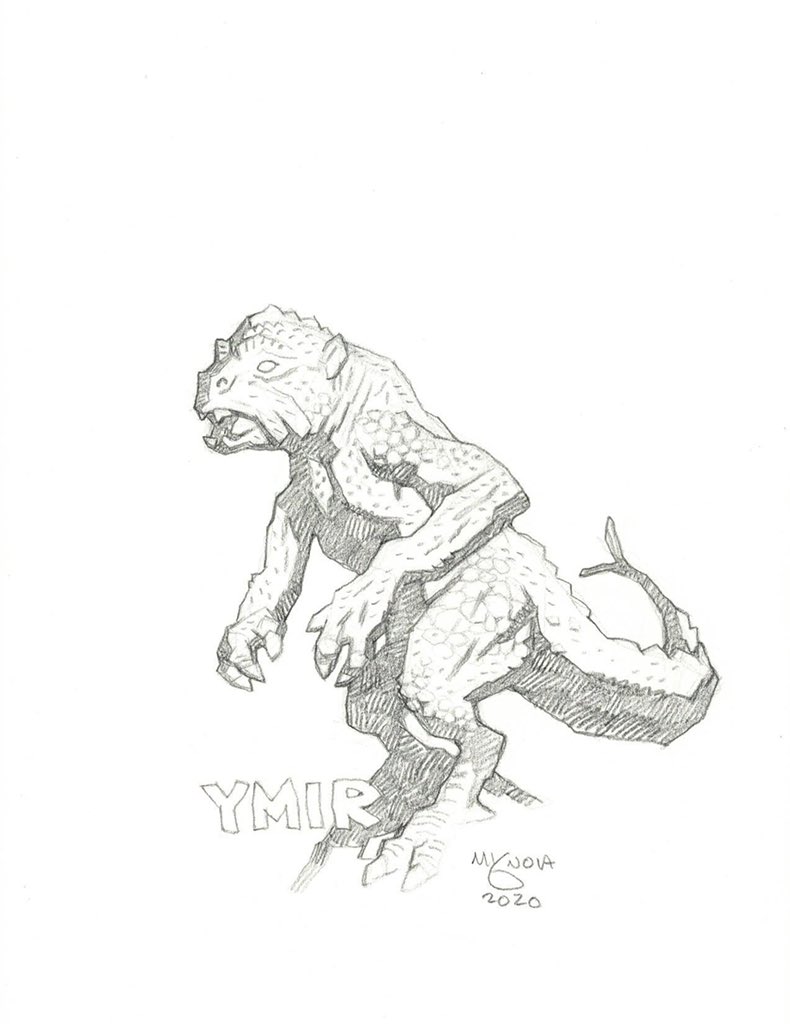 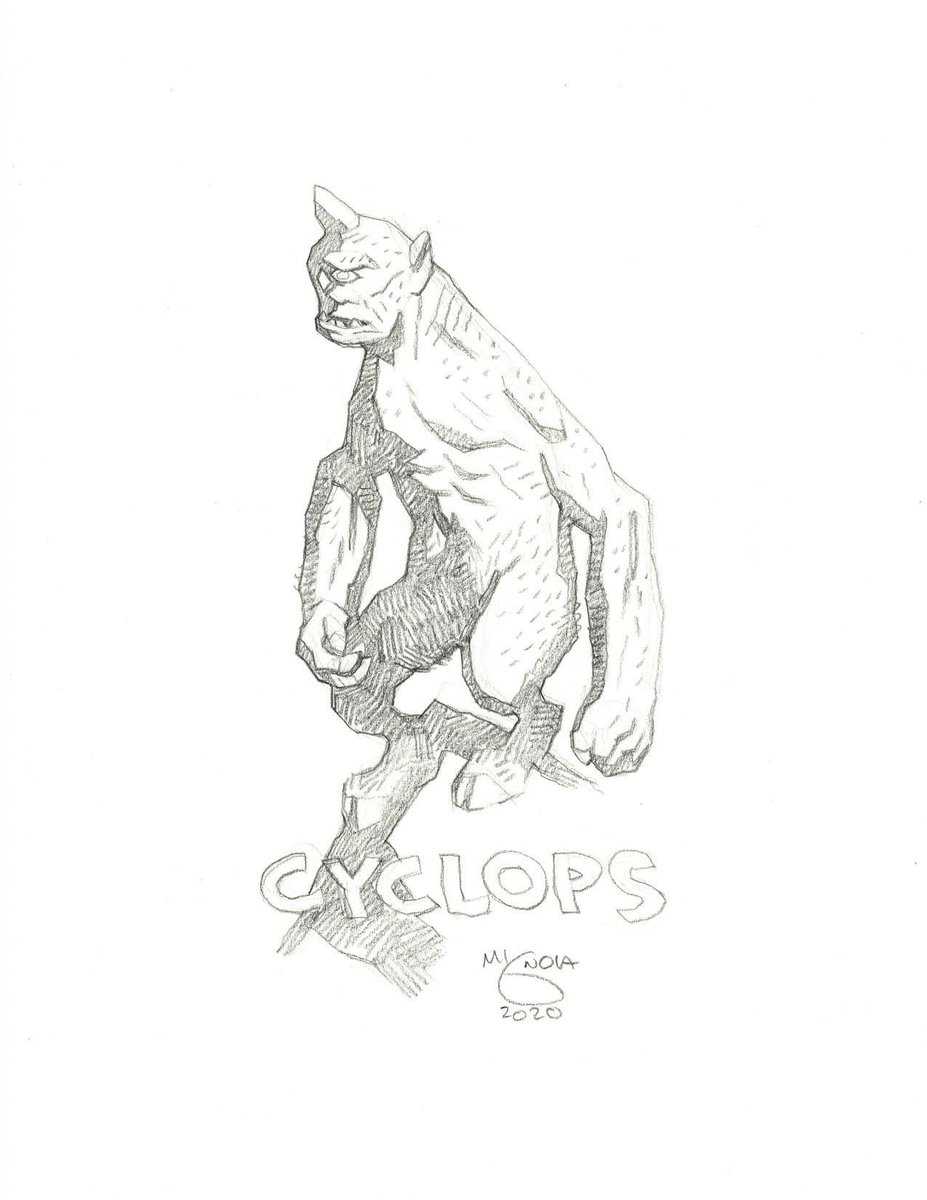 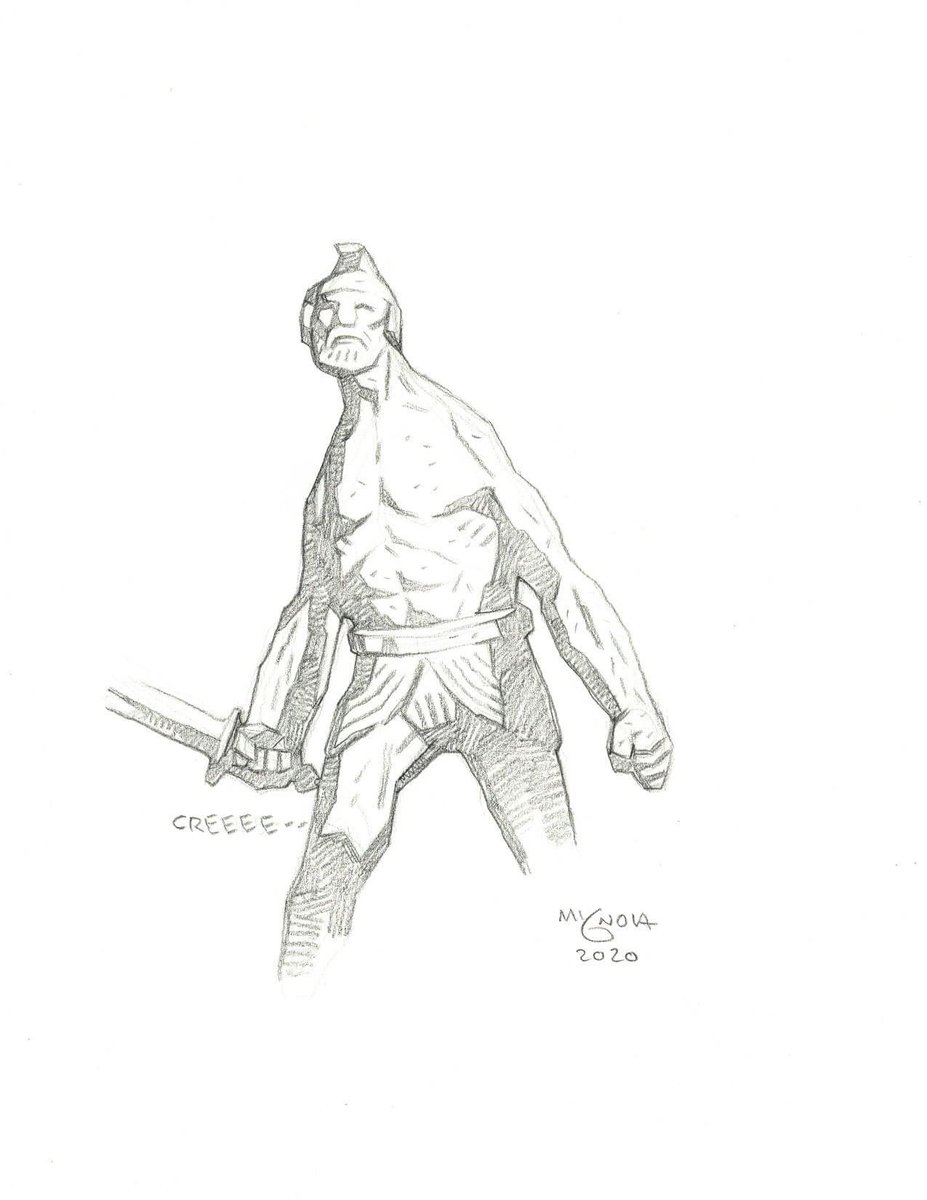 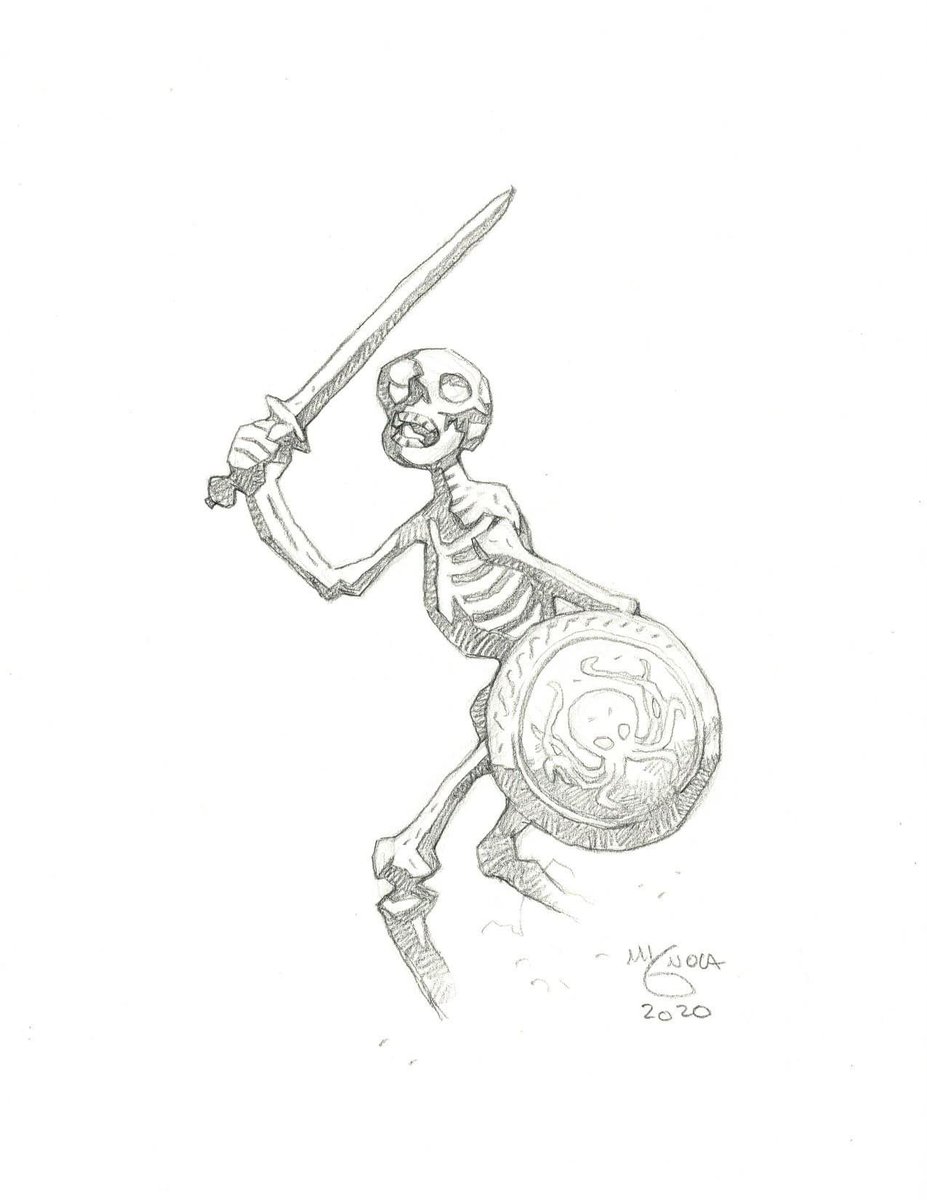 My one critique - Harryhausen skeletons need that angry brow!
~ Tyler

The skeletons shields from Jason and the Argonauts. I reconize "It" from It Came From Beneath the Sea and Ymir from 20 Million Miles to Earth, but what are the other 2 creatures supposed to be? 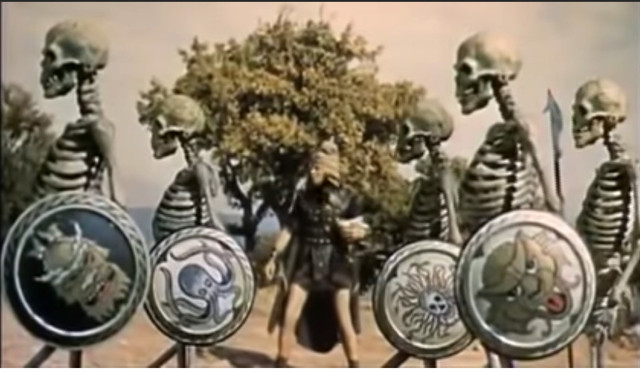 I just watched one of my two favorite Harryhausen films, Jason and the Argonauts (the other is Golden Voyage). My feelings for it haven't changed much since I was a kid. The larger-than-life hammy acting creates an atmosphere that is earnestly grand, and I appreciate that sense of wonder which is nearly gone in almost all popular fantasy fiction today. For the most part I liked this film from beginning to end, but I found one part annoying.

I thought the scene with the Hydra had an enchanting set and atmosphere, and the Hydra as always was mesmerizing to behold, but the scene itself was utterly disappointing. The Hydra has all those heads, and all those quick movements, yet in all that fight it never takes advantage of any of those things. It moved slow enough for Jason to dodge and block, and it rarely or never attacked him with more than one or two heads at once. A really great action scene would have had one head distracting Jason and another head ambushing him, and Jason just barely avoiding it, but I'm no stop-motion animator, so maybe this would have been too difficult to pull off. Medea felt just as disappointing, standing there uselessly when she could have swiped the fleece. In the end, it felt like the Hydra was a lousy guardian, and Medea a lousy ally (maybe she secretly wanted Jason to die so she wouldn't feel bad for momentarily betraying her gods).

Part of my disappointment is because I've read a few versions of the Argonauts myth, and in all of them, Medea is a powerful, frightening sorcerer, and the serpent (there was no hydra) was not slain in battle, but put to sleep by her potion. Seriously, in the original myths, Medea used both cunning and magic to kill or deceive many of Jason's foes. She's even the one who kills Jason's nemesis Pelias, and after she kicks Jason to the curb, she flies back home on a chariot pulled by dragons! She's a fascinating character, but here she gets reduced to a useless damsel.

I know, the hero of an adventure story must always be a badass and must always slay the monster with his physical strength, otherwise it just isn't "cool." But that Hydra fight was stupid anyway, and only a few minutes later we have a truly impressive and climactic battle with the skeletons.

I would have preferred a scene like this, giving both the Hydra and Medea some dignity, and also spicing up the story with more than just a cliched hero vs dragon fight.

After Medea frees Jason and guides him to the tree, and after Jason approaches the fleece and sees the Hydra, Jason realizes from the dead Acastus that this is not a monster a single warrior can defeat. Maybe he could try to engage the Hydra, but the creature effortlessly thwarts his attempts, with its quick-moving heads and tails. It's not a mindless monster, it's a dedicated guardian who serves its gods, and if Jason gets too close to the fleece, he will be devoured. That's when Medea convinces Jason to stand back, and she, as a priestess of the Hydra's gods and a master magician, approaches the monster without fear, and the monster lets her near, while still wary of her. She approaches the Hydra with solemn reverence, and gives it a potion, perhaps mixed with blood, as an offering. It takes this potion, and soon dies (for the skeletons' sake). This could go from a nightmarish tone to a solemn, mournful one, for both the Hydra and Medea, because this is the moment when Medea truly betrays her goddess. During the whole scene, Jason, a man of his time, is silently awed by this sorcery, but he is quick to grab the fleece and escape.

Cryptid_Liker wrote:Someone should make a remake or at least rerelease Gwangi like they did King Kong.

I feel like a Valley of Gwangi remake would have to make Gwangi and all the other creatures really innacurate looking to have the same feeling the original had, even if ridicule from Feathernazis come into play. Adding in the Allosaurus horns to his design is fine, but seeing an incredibly realistic Allo just ain't Gwangi. Even his purple color scheme is just so iconic to him it be a shame to change it.

TBH though, One Million Years B.C is more fit to be remade.

Though, nothing says he can't be featured AND purple AND vicious. ;p

Yeah, that's an awful redesign idea. I don't know why so many DeviantArt redesigns of old school monsters are just so...dull???

Seriously how hard can it be to slightly modernize a classic 60's dinosaur?

You know, I'd be down if they just straight-up reused the original design in a hypothetical Gwangi remake. It'd definitely stand out and I think the fans would appreciate it.

eabaker wrote:Ooooh, by Carl Macek, the man who americanized Robotech!

It could be a different Carl Macek.

No one’s gonna charge you for doing a Google search.

*Looks up from where he's bolting a "Pay-per-Search" to LegendZilla's computer.*

Not YET, I'm not READY!
Top

^Tartakovky's Primal is like a modern R-rated version of 1 million years BC.
Top

I've read in several different interviews that Harryhausen wished he could have done Dante's Inferno as a film. I'm not the kind to mope over unmade movie possibilities, but that's one I would have found interesting. He remarked that one reason he didn't make it was because it would be too brutal, but cynically added that audiences today are now obsessed with tasteless violence, and that he'd rather make movies with positive feelings. Still, I feel like Harryhausen is one of the extremely few mainstream artists you could trust with bringing the Inferno to life. His Harpies already look like the demons out of Gustave Dore's illustrations, after all.
Last edited by Godzilloci on Sat May 02, 2020 3:54 pm, edited 2 times in total.
Top

Godzilloci wrote:I've read in several different interviews that Harryhausen wished he could have done Dante's Inferno as a film. I'm not the kind to mope over unmade movie possibilities, but that's one I would have found interesting.

Dante's Inferno? Huh, that actually sound kinda neat! Sure Harryhausen could've came up with some neat designs for the Demons

Godzilloci wrote:I've read in several different interviews that Harryhausen wished he could have done Dante's Inferno as a film. I'm not the kind to mope over unmade movie possibilities, but that's one I would have found interesting.

Dante's Inferno? Huh, that actually sound kinda neat! Sure Harryhausen could've came up with some neat designs for the Demons

I agree. The demon Geryon could have been one of Harryhausen's creepiest creations. And I can imagine how splendidly he might have animated the infernal guardian Cacus, a centaur who carries a small fire-breathing dragon on his shoulders. I'm sure the Inferno would have been extremely difficult to pull off, and I can imagine some or even most demons like Plutus being portrayed by men in makeup, but my imagination can wander freely.
Top 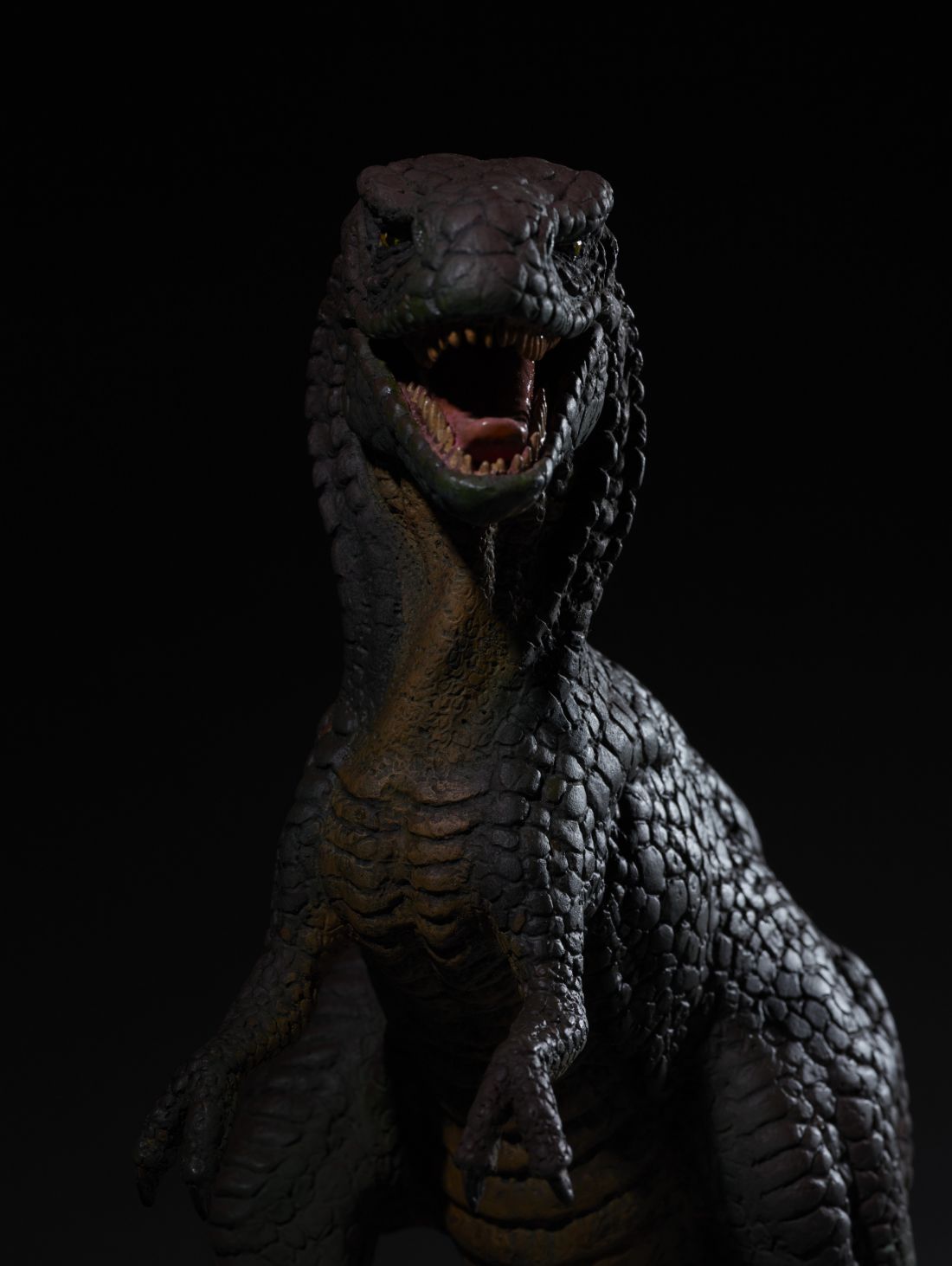 Late to this, but on the Gwangi discussion, there's no reason to make him completely accurate to modern knowledge of dinosaurs - he would have 65 million years of evolution separating him from his extinct brethren, long enough to explain any differences.
Always, *always* proofread, typos are Hedorah.
If you discover you have made a typo, *always* correct it.
Trust me.

Some netiquette:
1. If you don't want to be rude, *ask* me before you sig me.
Top

There will be a Ray Harryhausen centennial celebration on Turner Classic Movies tonight:

Nice, recorded Sinbad, Mysterious Island, and Mighty Joe Young since they're not available on any streaming site.

I heard his movies are on Tubi. I'll try to watch some there.
My YouTube Channel: https://www.youtube.com/channel/UCkvrqD ... 56sscldxTw

Cryptid_Liker wrote:I heard his movies are on Tubi. I'll try to watch some there.

I have them all on DVD. Using Vudu's "disc to digital" program I was able to transfer them all to Vudu for $2 each except for One Million Years BC (not available). I need to upgrade and get the BRD of that film since I think my DVD is scratched and I cant find it on any streaming service.


Watched 7th voyage a week or so ago (my all time favorite Harryhausen), and First Men to the Moon last night.
Last edited by o.supreme on Mon Jun 29, 2020 9:22 am, edited 2 times in total.
To all you dub preservationists, my friends, you have my eternal thanks

I've seen them all years and years ago, it's mostly just a way to watch them again since it's been so long.

Would love it if his movies actually got a proper big box set release and none of this "limited Blu-Ray that's $50" crap.

Mysterious Island is just all around a fun adventure film. Its easily got some of the strongest character work of any of his films and arguably one of Bernard Hermann's best scores. I've personally found Argonauts to be a bit boring.
Rocker, paleo buff, cryptid enthusiast, Dragonball fanatic, and lover of comic book, video game, manga, & anime babes!
Follow me on Twitter, if you dare! https://twitter.com/TLK_1983

In 56 minutes, 20 Million Miles to Earth will be the first Harryhausen film I've ever completely watched (I've only watched clips of the other ones).
Last edited by Cryptid_Liker on Mon Jun 29, 2020 1:31 pm, edited 1 time in total.
My YouTube Channel: https://www.youtube.com/channel/UCkvrqD ... 56sscldxTw

Cryptid_Liker wrote:In 56 minutes, 20 Million Miles to Earth will be the first Harryhausen film I've ever completely watched (I've only watched clips of the other ones).